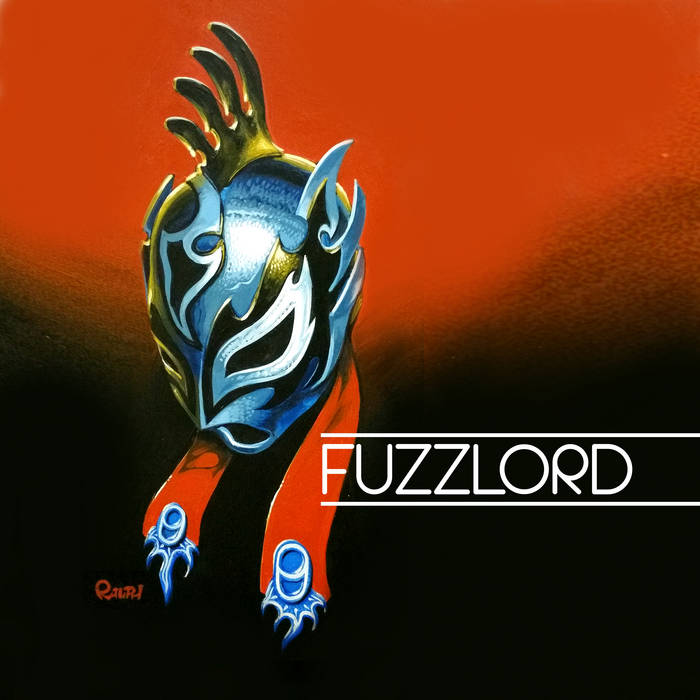 Bucky Fuzz Lord lives up to its name with a crushing yet melodic output of heavy stoner/doom. The guitars attack with progressive intros and interludes with an asphyxiating rhythm drenched in fuzzy groove. The vocals command like a whiskey driven pirate exploring the stage like a ship on shark infested waters.

'Fuzz Lord lives up to its name with a crushing yet melodic output of heavy stoner/doom. The guitars attack with progressive intros and interludes with an asphyxiating rhythm drenched in fuzzy groove. The vocals command like a whiskey driven pirate exploring the stage like a ship on shark infested waters.'
-Bucky Brown
The Ripple Effect

If anyone asks you what doom/stoner rock metal is, direct them to Fuzz Lord. It is the epitome of this genre of music. Based out of Chillicothe, Ohio, three musicians; Steven “Fuzz Lord” on the guitar, Lawrence “Lord Buzz” on the drums and vocals, and “Stoner” Dan Riley on the bass, have created a stable platform for their 8-track self-titled album coming out March 21, 2018.

What intrigued me the most about Fuzz Lord is its ability to tell a story, and tell it well. If you enjoy Greek Mythology, you might want to invest some grey matter and get in on this journey of Hades, Kronos, and the gates of hell. “Gates of Hell”? This is the title to track one. It begins with almost a southern rock type sound, then quickly breaks into the fuzz metal sound we all know and love. Purely instrumental and incredibly groovy, this song is the perfect beginning to a great album. Track two, titled “Kronos Visions Arise”, continues with the same groove from track one then hammers into a heavier and crunchier sound. This riff is extremely catchy and will seep into your mind and then edge its way into your soul because it is just that good.

“Warriors Who Reign” follows and takes on almost a pirate metal type influence. There is some brief guitar sweeping that brings the essence of the song to a new level. “The Lord of the Underground” is an in your face punk heavy song that will have you nodding your head as soon as it starts. At this point, it is clear this band has many influences and have the ability to surprise you song after song, which is not an easy thing to accomplish. This song in particular kicks out a guitar solo in the midst of the headbanging mayhem, with a drum beat that quickly changes to a faster pace, yet keeps the groove of the song perfectly.

Track five, “Evil Infamy”, starts off a little slower than the others with another catchy riff. Lawrence’s gritty voice brings you into the story and increases the desire to hear the words he is speaking. “World’s Collide” is probably my personal favorite. It begins with an intense stoner rock guitar groove and just continues to get better and better throughout. This was the song that completely sold me on Fuzz Lord. It will be on repeat on my playlist, and not many songs make that list. It is the perfect mix of doom that is rarely done so flawlessly. Changes throughout make it just plain epic. His screams almost shatter your being into a million pieces that you are left to pick up, but you don’t even want to until it is over.

“The Fall of Fate” is a beautiful quick track that is brief, yet fits the feel of the album. The last track, “Infamous Evil”, is a continuation of “Evil Infamy”. It is a magical ending to a mythologically lyrical and fuzz driven doom masterpiece.

Here is a piece of advice with this album, you need to have 40 minutes you want to relax and dedicate to taking a journey of mythology and damnation, and you will enjoy this record from beginning to end. It is not just a regular album, it is a story, an adventure. So grab a beer, sit back and enjoy.
-Neeka Rogers Rodriguez
metalnation.com

'This time around I am checking in with the debut album from Chillicothe, Ohio’s mysterious, riff worshipping masters Fuzz Lord. Their self-titled debut album is a straight forward, concise, inspired slab of fuzzed out, metal inspired rock. The 8 songs on the record are well played and cleanly recorded with the right amount of distortion, for all those that dig that kind of thing, throughout.

The songs have a heavy dose of mythic storytelling with just enough tongue in cheek to make them enjoyable and not over bearing. The vocals are raspy, but clear and confidently delivered. The music of Fuzz Lord is soaked heavily in the good kind of fuzz that wraps itself around you and keeps you nice and warm.

The Gates of Hell opens the record with some dazed and confused like guitar strums that drifts into a twangy sound before the instrumental track kicks in with some super crunchy mid-tempo riffage. Kronos Visions Arise comes crashing in with some marching style drums that add to the heavy, epic feel of the this monstrous track with features a killer heavy chorus/flanger type solo. Driving drums also lead into the equally epic,

The Warriors who Reign, which is a bombastic track with an 80’s metal feel to it with its killer solos. The band switches things up a bit with the next track. The Lord of the Underworld has a Ramones-style punk sound with some other cool parts. There is a cool ass breakdown on the chorus and some killer dual guitar sound solos on this rager. Evil Infamy returns with a more metal feel to it. The song features a sweet dual guitar riff and some killer double kick drums.

The next track is truly fuzzed out. Worlds Collide has a truly Doom inspired, epic sound to it. The Fall of Fate is a brief guitar based interlude which picks up some bass groove before rocking into the albums closer. Infamous Evil is a mighty closing track. The song starts with a grand sounding guitar intro before hammering you hard and burying you deep, deep in the fuzz.

Fuzz Lord hit all the right notes and chords. With props to them for the killer lucha libre inspired cover art. If you dig Fu Manchu, Sons of Otis, and the like, you should check out Fuzz Lord, you won’t be disappointed. Dig on them!'

-Todd S
Outlaws Of The Sun

Bandcamp Daily  your guide to the world of Bandcamp

Cannibal Corpse's George "Corpsegrinder" Fisher stops by for an interview